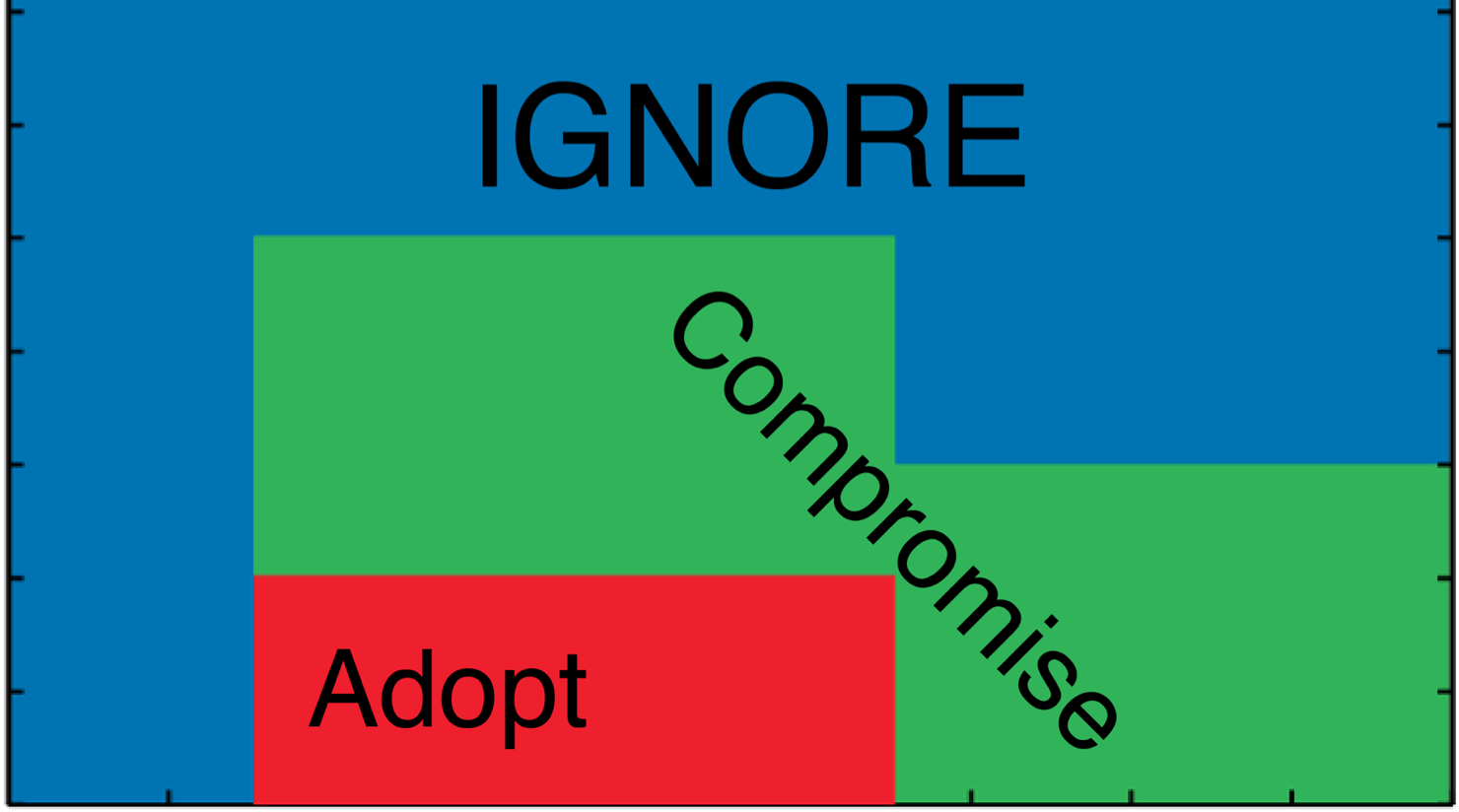 Past research in social psychology has many times demonstrated that our judgments about political ideas, new technologies, or commercial products are strongly influenced by the opinions of others. Solmon Asch’s conformity experiment is probably one of the most studied example of social influence. Likewise, a nice experiment by Myers & Bishop shows how people discussing issues about racial prejudice influenced each other in the course of the discussion. Examples are numerous.

In a recent project, we conducted this very simple experiment. We asked experimental subjects in the lab to answer a series of factual questions, such as “To your opinion, what is the aluminium’s melting temperature, in celsius (°C)?“.

Do you have any idea? Try to guess before looking at the figure below… In addition, participants were instructed to evaluate their confidence level on a scale ranging from 1 (very unsure) to 6 (very sure) : “How sure are you about that?“.  As you can see from the figure below, most people underestimate the correct answer for this particular question:

Well, but the interesting part of the experiment comes now. Each participant was then exposed to the opinion and confidence of another randomly selected person. For example we told them: “Ok, now another participant has answered 150°C with a confidence level 4. Would you like to revise your opinion now?“. Depending on the information they received, some people prefered to ignore the feedback and maintained their initial opinion, while some others choose to revise their initial view accordingly.
How strong was the social influence? The behaviour of 59 participants over 15 different questions is summarized in the influence map below (this is a simplified representation, see the original article for more precise results).

This result tells us a lot about the mechanisms of social influence. For example, we can see that the upper part of the map is all blue, which means that most people choose to ignore the feedback if they are initially more confident than the other person. In the bottom of the map, however, a green zone appears, and becomes red when the other person has a much larger confidence level.
On the other hand, the level of agreement is another important variable. When participants  have similar opinions in the first place, they keep it (left-side of the map). When they strongly disagree, they tend to ignore the opinion of other person as well, unless a very strong confidence level is provided (right-side of the map). In between, we see a zone where the strength of social influence is maximized.

The next question that we will adress is whether the confidence level of the participants is a good indicator of quality. To be continued…